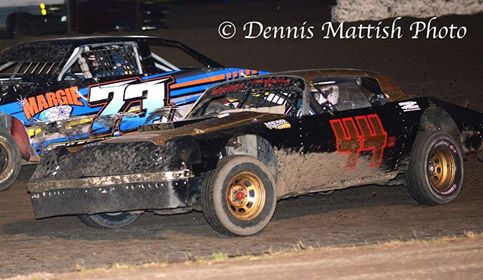 After 4 year absence from full-time racing, San Jose native Matt Kile returned with a vengeance in 2018. The last time Kile had attempted a full season of racing was back in 2013 with an IMCA Sport Mod, and had since raced sporadically at various tracks across the state.

Though he hadn’t raced much in recent years, Kile returned to Ocean Speedway with high expectations, with his main goal being winning the track’s American Stock championship. Early in the season, you could see Kile was going to be a contender.

Kile would pick up his first win just 3 races into the season. Kile continued to win once every 3 weeks until he picked up his 4th win 11 races in to break the streak. Kile’s 5th and final win would come at one of the biggest races of the year, at the Johnny Key Classic in late August. Even when he wasn’t winning, Kile was impressively consistent, only finishing outside the Top 5 once all season. Kile’s 20 for 21 Top 5 rate would easily be the highest at the speedway in 2018.

Kile’s biggest challenge for the title would be 2 time defending champ Robert Gallaher. The two drivers stayed neck and neck for the championship for majority of the season, often only separated by only 10 points or less. While Kile began to pull away in the later months, Gallaher was forced to bow out of the title hunt with a few weeks left, all but ensuring Kile the track title.

When asked about his highly successful season, Matt said “In my first full year back, my intention all along was to win the track championship, and I’m very proud of my crew and myself for being able to run with the best drivers and equipment out there and come out on top.”

Matt would like to thank all of his sponsors and supporters, including:

Amsoil
Interested in having writeups like these done for your race team throughout the season? Contact Daren Ricks of DRC Motorsports Media here on Facebook, at darenricks999@gmail.com or at (916) 229-7474 to discuss a plan that fits your team’s needs.